TV is evolving.
And, so are we.

Ampersand is a data-driven TV advertising sales and technology company. We reach 116 million multiscreen households, providing viewership insights and planning on 42 million households, in 200+ DMAs, across more than 165+ networks and in all dayparts. Meet Ampersand.

enable advertisers to reach their audiences
with precision and scale
in a multiscreen TV environment.

enable advertisers to reach their audiences with precision and scale in a multiscreen TV environment.

Born with a simple vision:
To unify all players in TV.

The vision for NCC Media was born by a couple, Linda and Bob Williams, in Boston in 1981. Originally called New England Cable Rep, these two entrepreneurs ambitiously set out to unify cable inventory so that an advertiser could have a simpler way to buy cable programming in the local TV market. 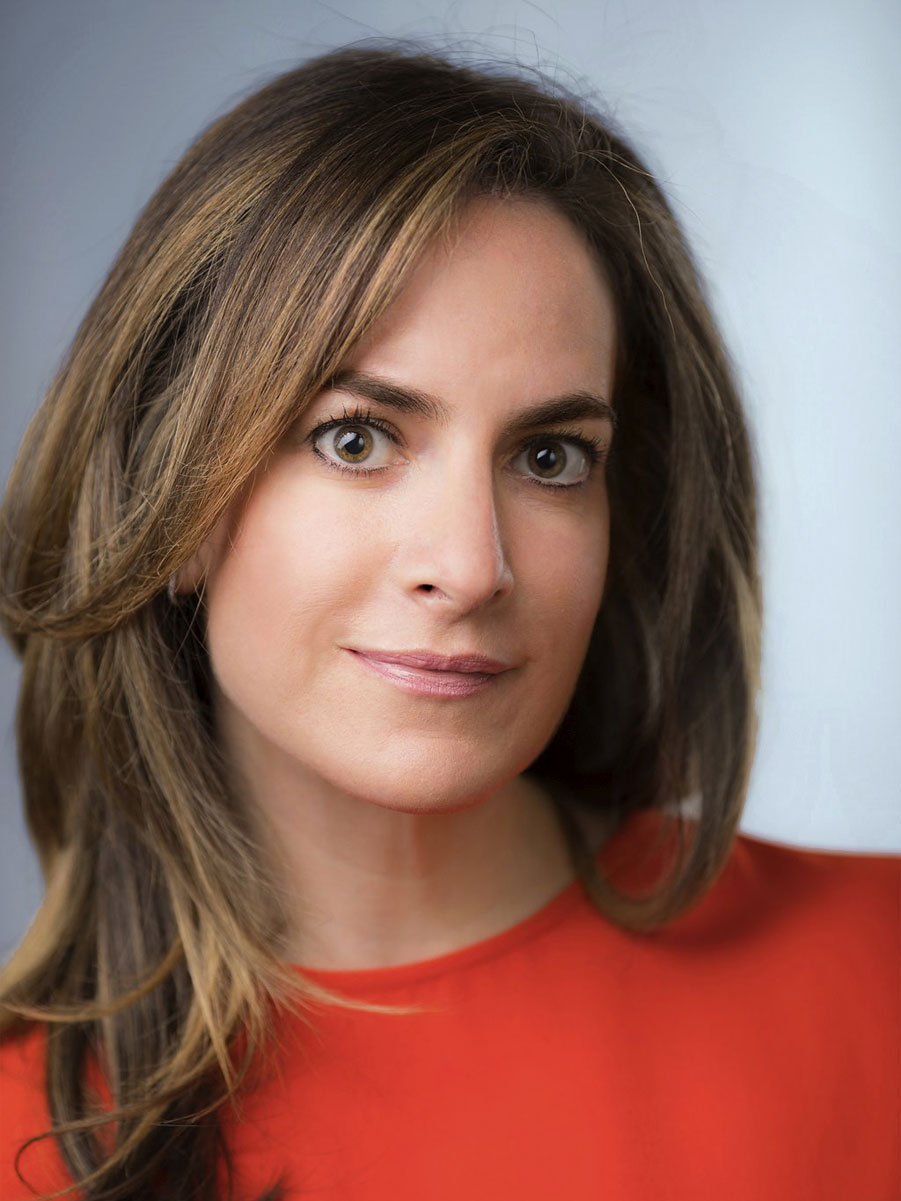 As CEO, Nicolle and her team are working to build a smarter, more effective television ecosystem by partnering with and empowering brands to seamlessly connect with audiences wherever and whenever they watch content.

Nicolle previously served as Global Chief Operating Officer at GroupM’s mPLATFORM where she was responsible for global product management, strategic partnerships, and technology development across the largest media investment management organization in the world.

Prior to mPLATFORM, Nicolle was a central figure in the success of Xaxis, a pioneering programmatic digital media business, serving first as Global Chief Revenue Officer, followed by Global Chief Operating Officer. During her tenure as CRO, Xaxis grew revenue to over one billion dollars. As Global COO she oversaw product and technology development, business operations, human resources, and strategic partnerships. Key highlights include leading the audience data activation platform and launching the company’s machine learning technology. She also played an instrumental role in the sale of Open AdStream to AppNexus.

Prior to Xaxis, Nicolle was the President of 24/7 Real Media where she led the company’s businesses in North America and Europe. Earlier at 24/7, she served in the roles of VP, SVP, and EVP, Global Media and Technology Product Management, with responsibility for the overall health and growth of the global business. In these roles, she drove the evolution of one of the industry’s most significant publisher technology platforms and the development of the first global data management platform suite for agencies. She also led the deployment and integration of the joint venture partnership between WPP and Dentsu across Asia.

A recognized leader in the media industry, Nicolle is a member of the Ad Council Board of Directors, IAB Board of Directors, and the VAB Board of Directors.  She is an independent Board Director at Extreme Reach, an independent video technology company.  In 2020, she was the recipient of Adexchanger’s Leadership in Advertising award.  She was named to Cablefax’s 100 in 2020 and 2021 and Cablefax’s Most Powerful Women in 2020.   Previously, Pangis was named to the Adweek 50 list, AdAge’s 40 Under 40, Crain’s 40 Under 40, Business Insider’s 30 Most Powerful Women in Mobile and Business Insiders List of people Shaping the Future of TV, and also name a Multichannel News’ Woman to Watch. She is an active supporter of SOS Children’s Villages, City Year, and StepUp Network, and proud leader of her daughters’ Girl Scout troops. Andrew Ward brings extensive experience in the media and cable industries to his role as president of Ampersand. Over the course of his career, Ward has been a key figure in the development of the cable and advanced advertising ecosystem, working with Fortune 100 marketers, agency holding companies and technology partners to bring new advertising solutions to market.

Earlier in his career, Andrew served a previous stint at NCC Media as EVP, Director of Sales. He was also a founding employee of New England Cable Rep, one of the first companies focused on the spot TV market and which eventually grew to become National Cable Communications. As Ampersand’s Chief Privacy Officer and General Counsel, Noga Rosenthal is responsible for guiding the company’s privacy and legal initiatives; she holds deep expertise in the development and implementation of comprehensive privacy programs.

Noga previously served as Chief Privacy Officer at Epsilon where she led the company’s worldwide privacy, compliance and regulatory activities. Prior to Epsilon, she served as General Counsel and Vice President for Compliance and Policy for the Network Advertising Initiative (NAI), running its compliance program and ensuring that member companies delivered on the promise of self-regulation for interest-based advertising. Furthermore, she also led global legal affairs for WPP’s Xaxis, a pioneering programmatic digital media business, as SVP and General Counsel.

Noga is a member of the Women Leading Privacy Advisory Board of the International Association of Privacy Professional (IAPP) and the IAB Federal Privacy Working Group. She has also served on the IAPP’s Education Advisory Board and was an active member of the UK Data Protection Network, providing guidance on the General Data Protection Regulation. Noga also sat on the Advisory Board of the Digital Advertising Alliance, the Data Standards Committee of the Data and Marketing Association, the Legal Affairs Council and the Public Policy Council of the Interactive Advertising Bureau. She also served as co-chair of the Privacy Committee of the Mobile Marketing Association.

Noga received her bachelor’s degree in English and Political Science from Rutgers and a J.D. from Fordham Law School. For the past two decades, Gerrit has been one of the foremost architects in driving the development of the advanced television ecosystem, holding over 20 patents in the space. Gerrit was previously Chief Technology Officer and founding member of Visible World, where he won technical Emmy Awards and led the development of AudienceXpress, the first programmatic platform for buying linear TV.

Gerrit holds a master’s degree in computer science from the University of Twente in the Netherlands. As Chief People Officer at Ampersand Patty leads the Human Resources team. She and her team are focused on elevating the attraction and development of talent and building a culture that fosters both an equitable and inclusive environment for employees, as well as one that embodies Ampersand’s mission and values.

Prior to joining Ampersand, she was the head of the HR Business Partner team for AXA XL Reinsurance & the corporate functions. She was also a member of their Human Resources Leadership Team.

Patty holds a bachelor’s degree in finance from Siena College and an MBA with a concentration in human resources management from Iona College. 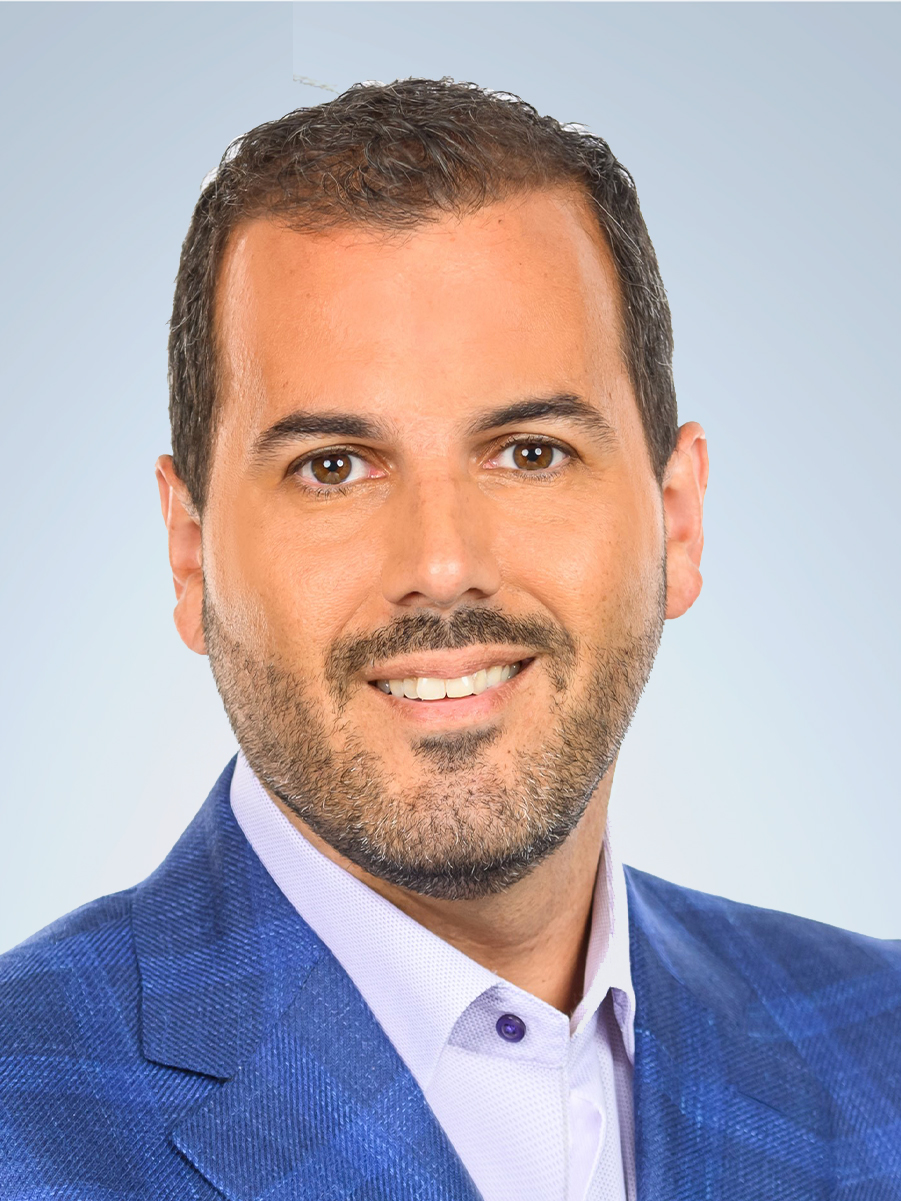 Ari is a proven media and advertising executive with experience partnering with sales, product, operations, and finance to deliver consistent ad sales results across all platforms and screens. He has previously held positions in sales and sales operations at Fox Cable Sports and at AT&T/Directv.

In his most recent role at Xandr, Ari oversaw the corporate strategy group, helping to drive the advertising playbook for the Warner Media merger and integration. He also played an instrumental role in the acquisition of Appnexus by AT&T.

Ari holds an MBA from New York University Stern School of Business and spent his undergrad years at both Syracuse University and Duke University. 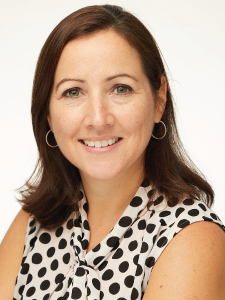 Coming to Ampersand with over two decades of transaction experience spanning a variety of technology-based sectors, Frank began his career on Wall Street covering the technology, media and telecommunications sector as an award-winning research analyst before launching an early stage technology fund investing in high-growth internet, communications infrastructure, and media start-ups. Later, as a Corporate Development Executive, Frank successfully led the strategic transformation of several public companies through M&A activities, strategic partnerships, and diversifying the shareholder base from value to growth-oriented investors.

Frank completed the Executive Development Program at Wharton Business School and holds an MBA and BS in Finance from the University of Maryland. 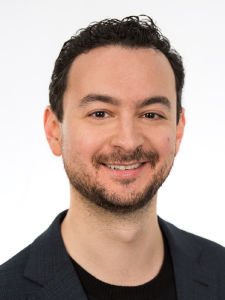 Justin Rosen joined Ampersand in 2018, concurrent with the foundation of Ampersand’s Advanced TV practice. Since then, Justin has taken on leadership for all Data, Analytics, and Insights at Ampersand. His team manages the development of new and innovative uses of data in support of Ampersand’s mission to transform the TV industry to audience-based, multiscreen, and accountable. In his time with the company, he has led the implementation of Ampersand’s addressable data capabilities, established Ampersand’s Total TV and Incremental Reach solutions, and has advanced audience-first tactics and storytelling connected to Ampersand’s AND Platform. Justin also works alongside Ampersand’s MVPD owners and affiliates to ensure consistent methodology, data governance, and workflows.

Justin received an MBA from New York University’s Stern School of Business, and a BA from Cornell University.

Justin lives in South Orange, NJ with his wife and two sons.

Jointly owned by the three largest cable operators in the US